This book reveals Lore's full maternal family tree and tells the story of her maternal grandparents,
Sara (Clara) née Elsaesser and Isaac (Sally) Ermann, who were deported to the concentration camp Theresienstadt, where they both died.
This volume also gives a detailed account of the passing of both of Lore's parents.
The story of Gretel Sautter (née Ermann), Lore's maternal Aunt, is also told along with the intriguing saga of Gretel's son,
Helmut Sautter, who pretended to be Lore's brother, Oswald Herbert Jacobi, in 1945,
in order to gain the help of the Jewish community in Frankfurt.

Here are some scans of selected pages from the book: 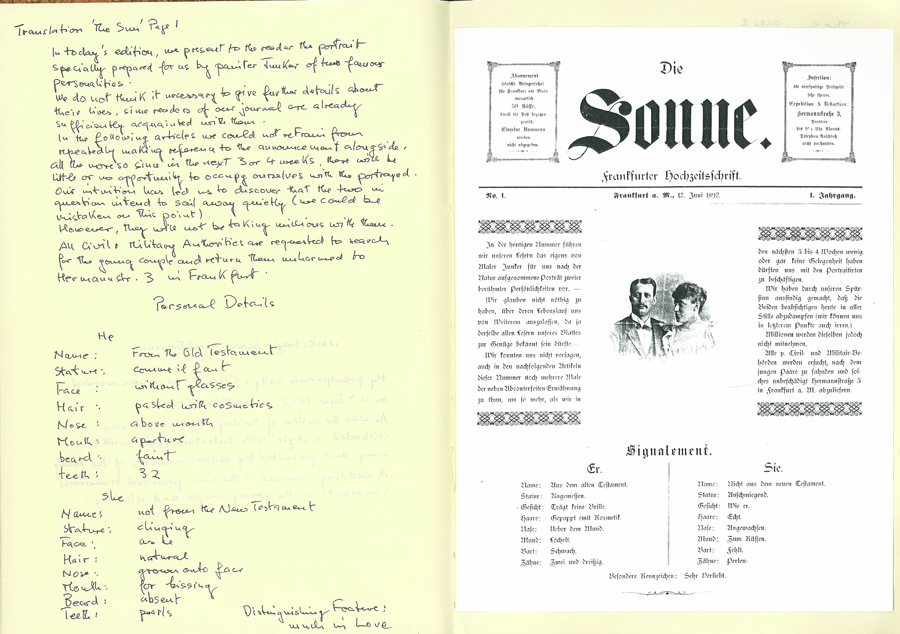 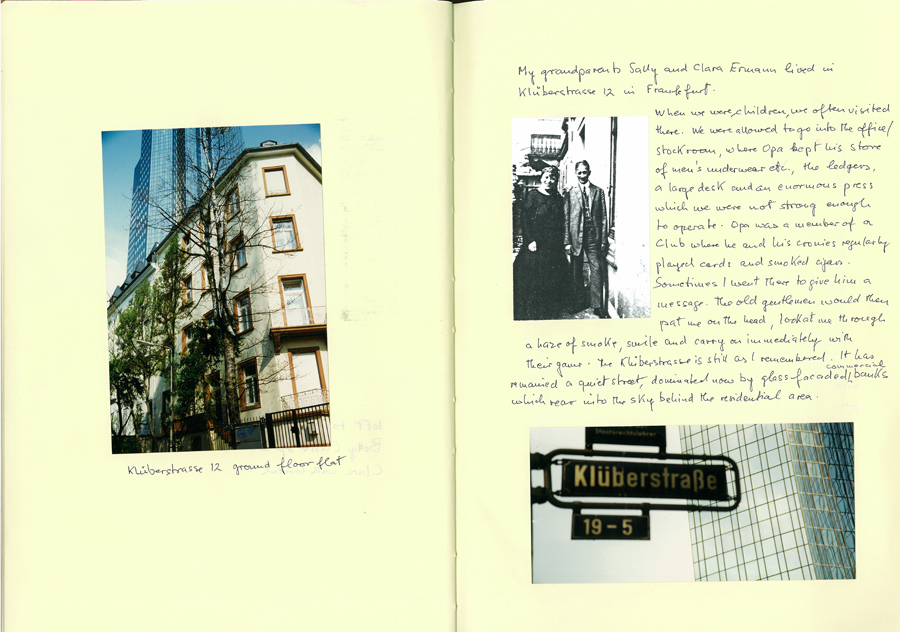 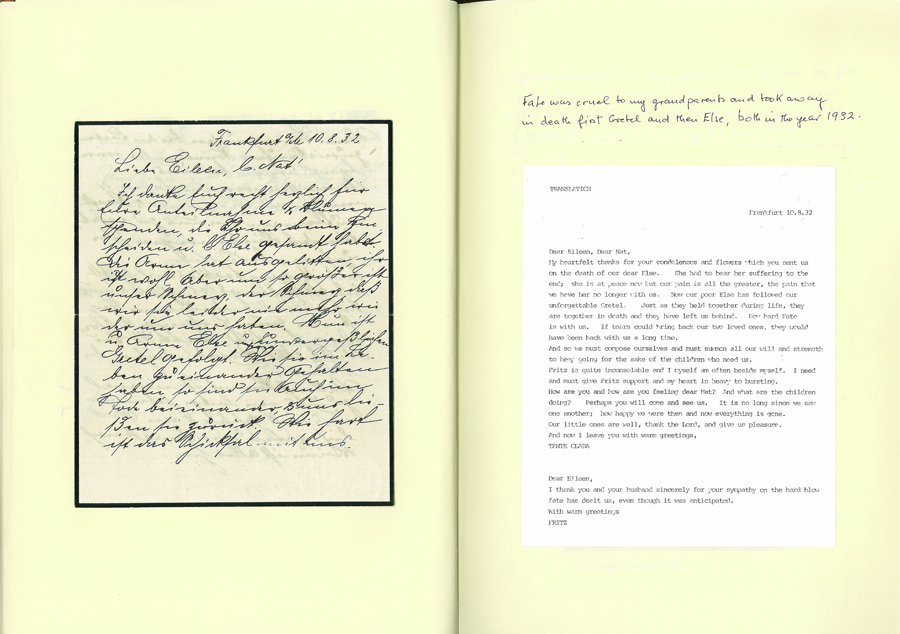 A letter that Clara and Lore's father, Fritz, wrote to Lore's Aunt Eileen and Uncle Nat
to thank them for their condolences following the death of Lore's mother, Else in 1932 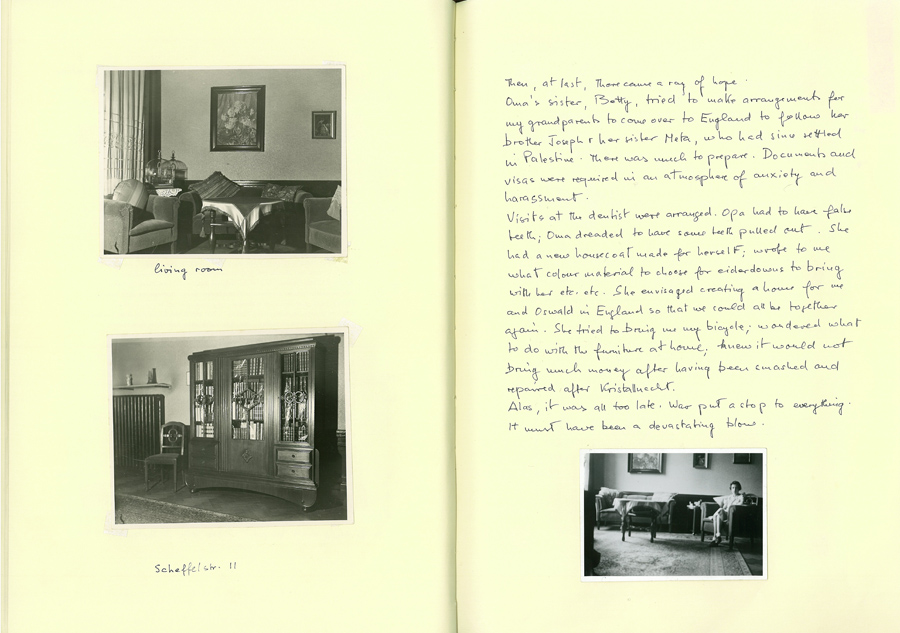 The flat in Scheffelstrasse where Clara moved in to help Fritz to raise Lore and Oswald after Else died.
After the death of Fritz, Clara was forced to take on lodgers at the flat to cover living expenses and made plans to leave for England to reunite the family 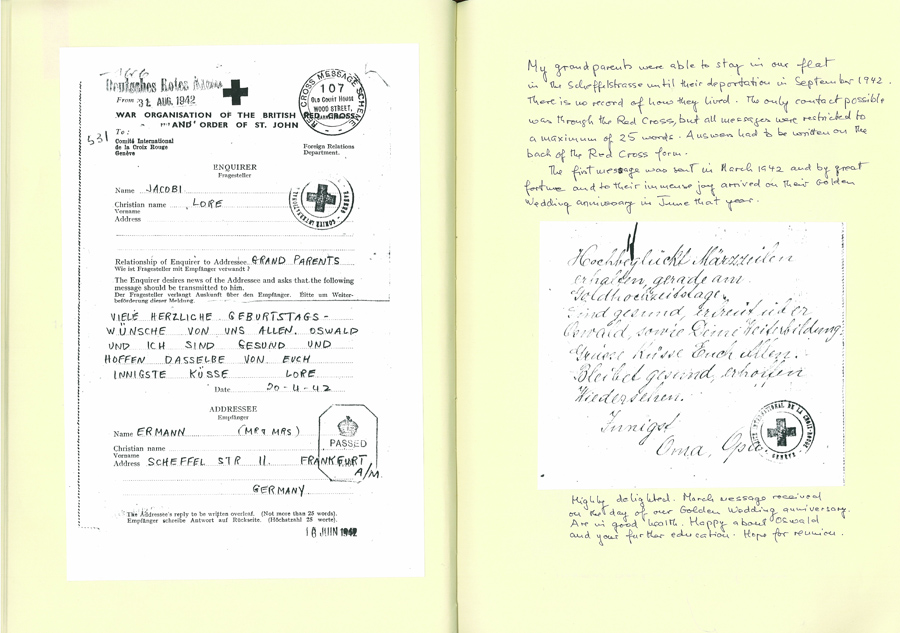 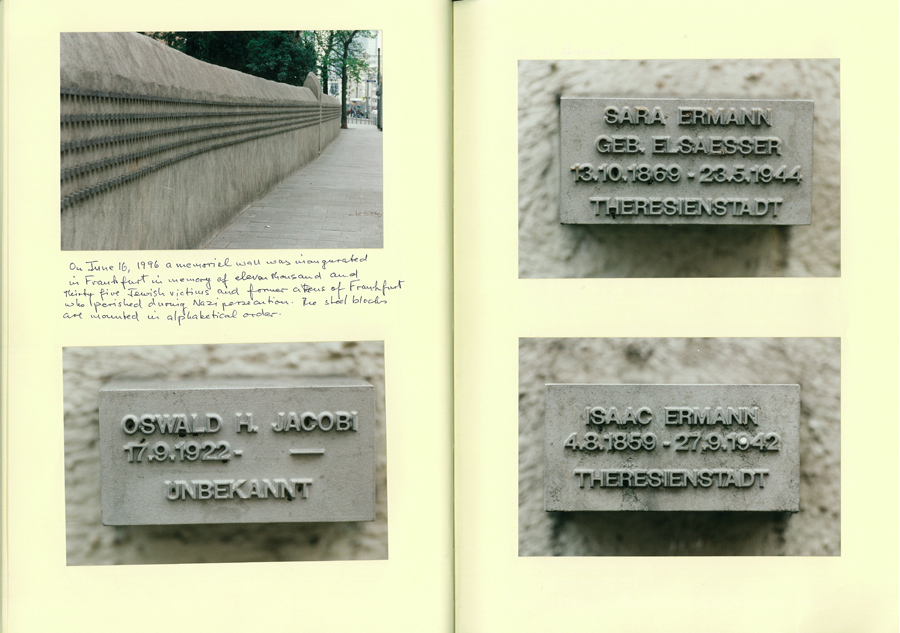 The plaques for Lore's brother, Oswald, and Sally and Clara on a memorial wall, inaugurated in Frankfurt in 1996,
in memory of eleven thousand and thirty five Jewish victims and former citizens of Frankfurt who perished during Nazi persecution 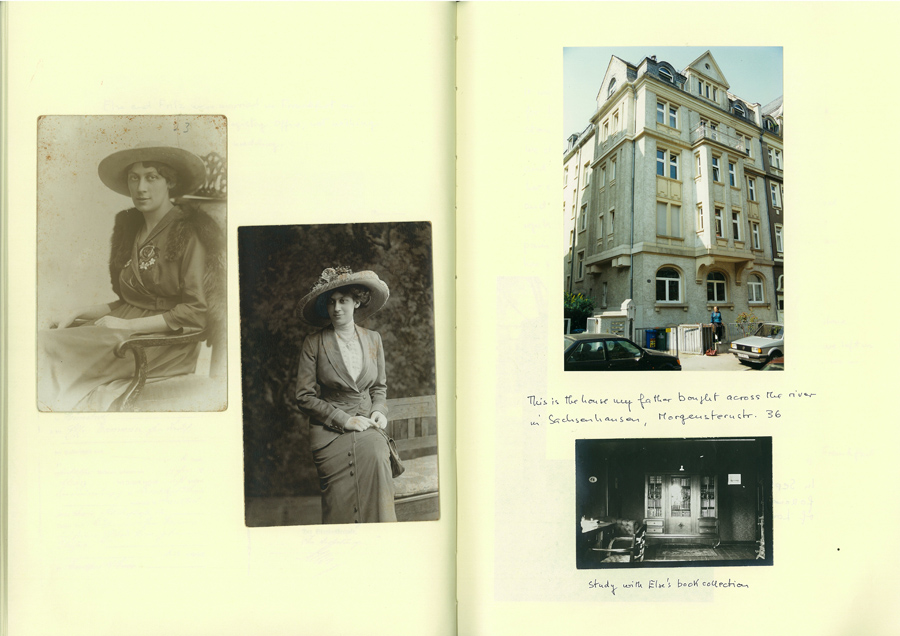 Page left - studio photos of Lore's mother, Else.
Page right - The house that Fritz bought in Sachsenhausen, Morgansternstrasse and the study there with Else's treasured book collection. 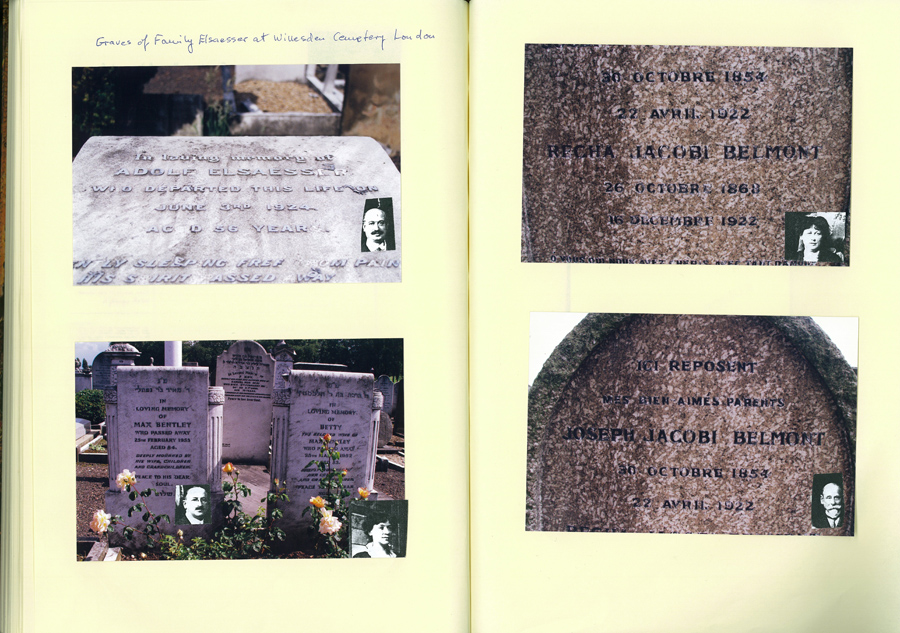 Graves of the Elsaesser family at the Willesden Cemetery in London