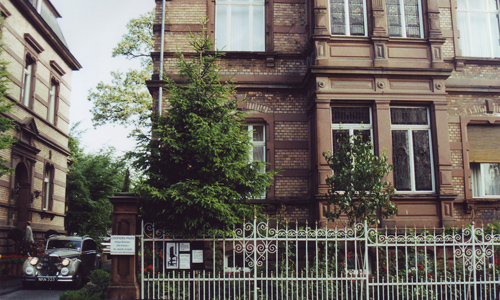 This is the story of a driveway.  It has been in existence since 1882 and stands between two identical houses in a provincial German town called Gruenstadt.

Gruenstadt is situated in the region called the Pfalz.  In Roman times the area was called the wine cellar of the Holy Roman Empire and to date the local wine is highly valued.

In 1882 my grandfather Isaac Jacobi and Ludwig his brother, built their twin town houses in the Upper Bahnhofstrasse, later renamed Poststrasse, after the coldest winter on record in 1881.  The time of construction coincided with the installation of water pipes in the town.

The residences were the most elegant of their time in Gruenstadt, comprising 12 spacious rooms plus kitchen, bathroom and laundry.  Kitchen and laundry were in an extension of the building, so that domestic odours were kept away from the main part of the houses.  Each house cost 80,000 Marks to build, which was then a real fortune.

A common driveway divided the two houses.  Behind the large garden at the rear were extensive stables and a coach house.

The properties stayed in the family until 1936 when Nazi edicts forbade Jews to own land and buildings.  At that time the owners were forced to sell at less than the true value and ownership has since changed several times.  All entries and transactions are recorded in the land register. 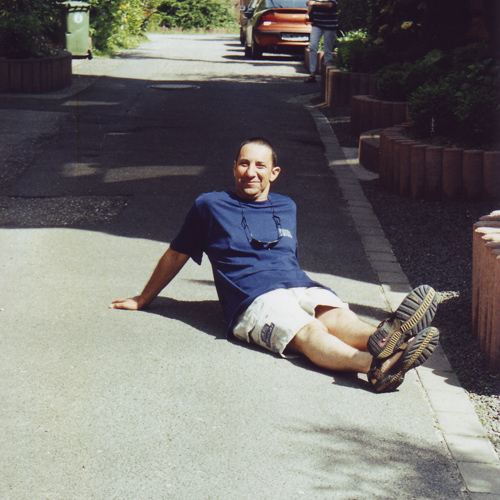 The register shows that ownership of the driveway was apportioned half and half to the original owners.  However, at the time of the enforced sale, the half belonging to Poststr. 2 retained the rights and names of the 5 heirs of the founder Isaac Jacobi, my grandfather.

The present owner of the house is Frau Helga Brenner.  In order to rid herself of co-ownership of the driveway, she approached the District Court at Gruenstadt demanding an exclusion order to be published in the local paper.

The exclusion order appeared on December 20, 1995.  The announcement states that if none of the heirs presented themselves at the Court by Friday, 19th April 1996 at 9.00 the exclusion order would take effect.

Not in her wildest dreams did Frau Brenner imagine that an announcement in the local paper would come to the notice of any surviving descendent.  But fate willed that Maria Schwarze-Kaufmann, a teacher at the old Latin School in Gruenstadt, which had been attended by all the Jacobi sons in their day, saw the announcement.  She contacted us and as heir of Fritz Jacobi son of Isaac, I submitted my claim in time and in fact, am now sole owner of the driveway.