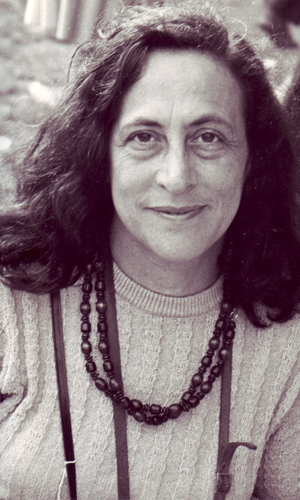 While this is a very sad day for all of us I want to say a few words in celebration of my mother, Lore, an exceptional lady in so many ways.

I recognize that I have the privilege of speaking for all my brothers, and the wider family, and I hope that they will feel that I have done justice to their love and tenderness towards her.

She has had an extraordinary life and maybe some of you are not aware of just how unusual it has been. She was born Lore Jacobi in December 1923 in Frankfurt in Germany. Unfortunately, her mother died very young and her grandparents came to live with her father to help bring up her and her brother. It was a very happy and loving household. However, in her early teens she experienced some of the Nazi terror, and in 1937 her father sent her on her own to England where she came to be placed in a girl’s boarding school in genteel Eastbourne – speaking no English in an environment which was far from friendly to German speakers. In the determined way she always demonstrated, she learnt English very quickly and so well that she developed a literary command of the language that most of us could only hope to aspire to. 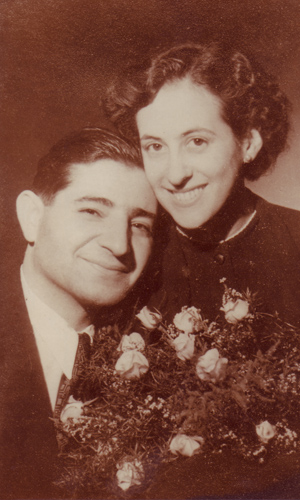 As an example of this she has worked on and refined her marvelous translations of Rilke’s Elegies to the quality where they are worthy of publication. They shine forth with her intelligence, warmth and understanding.

My mother moved to live in London and met my father when they were both working at Bush House for the BBC World Service. My father was in the Bulgarian section, and my mother in the Austrian Section. There also my mother was able to use her language abilities to work on translations and improve the drafting of broadcasts.

My parents fell in love at first sight and were married in 1946. My mother tells the story of how due to rationing she was unable to buy a new coat and had to use her old school coat for the wedding. She looked very young anyway, and wearing the coat the registrar asked her with some concern did she actually realize the enormous step she was taking. Well, she did, and my parents enjoyed 41 wonderfully happy years together.

It was a very close marriage, very supportive and exuding love and affection, and that love was a fundamental feature of our home as we were growing up. 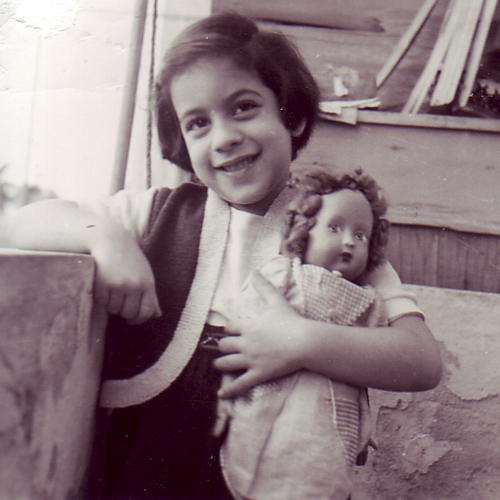 However, the external circumstances in those first years were difficult, with the impact of the war. Also, in 1947 my parents went temporarily to live in Eretz Israel, which was then under the British Mandate, to look after my father’s parents. For my mother this was a tough environment to have to adapt to. They in fact stayed in Israel until the middle of 1953 by which time they had 3 young children to look after of which I was the babe in arms. They returned to England but suffered the tragic loss of their first daughter Rachel, which must have been so very difficult to cope with.
But my parents were determined to build a large, bustling, happy family – and with my 5 brothers and myself, and now with 13 grandchildren, they have certainly succeeded in that ambition. They were the most wonderful parents and grandparents, and we all have a full store of happy memories.

Having been so close to my father for their entire long marriage, it was going to be difficult for my mother after her died in 1986. However, yet again, that irrepressibly positive nature and inquisitive mind took hold and she has opened up to live another two decades to the full. She always had a young person’s approach, being open to new ideas, active and game for anything that her crazy family threw up. She always had so much love for everyone in a completely non-judgemental way. She showered love and affection on everyone, always finding the best in all she came across and nurturing it.

She had a keen interest in music, art and theatre, was well read and kept up with the news and current affairs. She enjoyed travelling abroad, coming back with good stories and even better photographs. 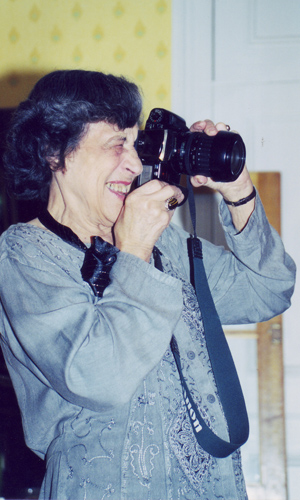 My brother Simon said something the other day which was so emblematic of Lore. It was in relation to the photography that she took up with such skill and passion, and with which she has adorned our various homes. He said that she always found something beautiful in what almost everyone else would find either dull, uninteresting or even ugly. She could see the beautiful play of light, colour and reflection in a dirty puddle in a dirty street and focus in on that to the exclusion of all else.

Or she could identify a person in a crowd whom most people would ignore, and talk to them until they opened up like a flower in the sun and went away with a smile. It was that positive aura that would shine forth from her photos. It was that same positive energy and goodness of heart which meant she developed deep and lasting friendships with people from so many different backgrounds.

In all she did she would always find the time to talk and listen and encourage everyone in their own individual interests, maybe searching out a book in one of her favourite second-hand bookshops that would be just right. She had the unbelievable knack of finding a source that was able to offer a slightly new approach to a subject that would take you down a new and exciting path.

During her time with my father Lore had initially not wanted to visit Germany, which had been a painful memory for her. Not one of her family had survived the war. However, eventually she did visit with my father and they went to some of the places that had been important to her as a child. With her spirit of openness, she has subsequently travelled back to Germany initially with me and my family, and then with my brothers and theirs, wanting us all to know the positive rather than the negative aspects of her life there. 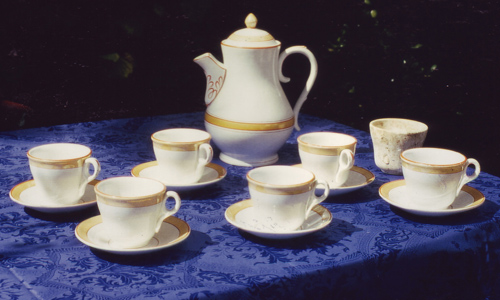 Her labour of love of recent years has been to research and document her family history, and she has written and archived some fascinating material that all her grandchildren will be able to keep and pass on. She also discovered relatives all across the globe with whom she corresponded. She has developed a special relationship with the German town in which her grandfather had built a porcelain factory, and has visited a number of times giving talks to the children at the local school and setting up an annual prize for the best art work.

At the family level, she encouraged her grandchildren to learn the German language and culture with visits to the Goethe Institute in London and to German films and plays. 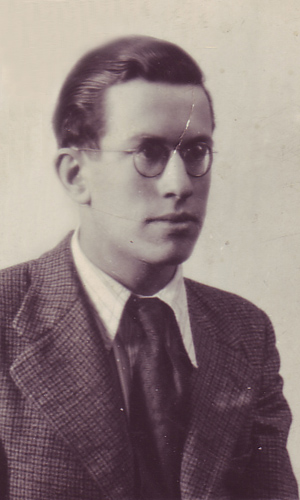 Also, in her quietly determined way she has encouraged the Imperial War Museum to add to their Holocaust exhibition and exhibit relating to her brother Oswald. He did not survive the war, but had been able to throw a letter, written on a scrap of paper, out of the moving train that was transporting him to the death camps in August 1942. This eventually found its way to her and was an amazingly moving letter of encouragement to her to live her life to the full. It will now be available for others to read and understand the indomitable human spirit in adversity, and the selfless love of a brother for a treasured sister.

Well, she has certainly lived a full and wonderful life, and all who knew her are aware just how privileged they were to have done so.

In the last 6 weeks, since her emergency operation, she has shown an amazing courage, strength, dignity, peace and acceptance. She was lucid till the end and continued to shower us with her love and devotion.

Someone with such riches of spirit, who gained and kept true friendship in great number, who understood how to accept and give love in such abundance, leaves behind for everyone – but especially her children and grandchildren – treasures which live on.

We will all miss her beyond words.