Adult Years - I have been on many holidays in my life 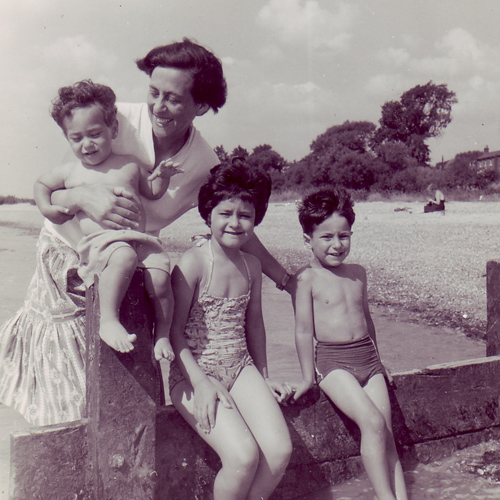 I have been on many holidays in my life but one or two stand out mainly, I think, because they came when I needed them most.

I was in West Mersea, I remember going down to the seashore and finding a small boat into which I climbed. The sky was blue, not a cloud in sight, a palm tree standing close by and the boat rocking gently to and fro on sunlit waves. I sat back and let my cares drift away. I don’t know for how long I stayed. It was for me the first holiday after the war years, then followed by another war, this time in Israel. Then coming back to England to seek help for Moshe and this was followed by the loss of Rachel – all this was heavy to bear and had taken its toll. I was near exhaustion. And so, the little boat in a calm sea, the utter peace and tranquillity of the moment, have stayed with me to this day – a moment of god given grace and renewal. 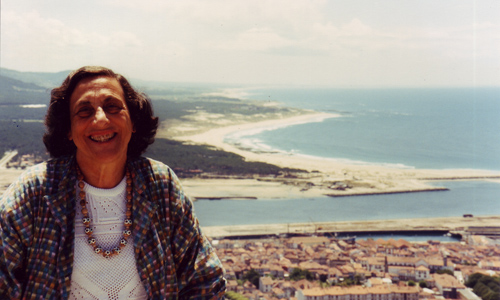 The other holiday happened in 1987, Nick had died in December 1986 after a painful illness of cancer. His dying was a great loss and a great sadness.

It was then that Jonathan decided to take me away. He booked us a flight to Lisbon where we hired a car and drove off to see the country. It was the best thing that could have happened to me. We saw fishermen bring in their catch of sardines; we drove through beautiful countryside, tasted port in Oporto, ate delicious meals and were spectators at festivities of singing and dancing.

Life had so much to offer and I embraced it with renewed hope and enthusiasm – a wish that Nick had for me before he died.

NB: Dates of visit to Portugal and of Nissim's passing are incorrect in the audio