Adult Years - Memories of what home looked like are important 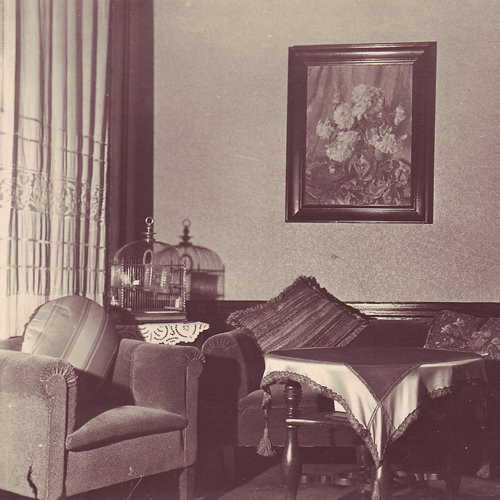 Memories of what home looked like are important. I found this out when looking at two photos of our living room in Frankfurt – yes, there was the round table with the green satin and gold tassels, and there in the corner stood the bird cage with Haenschen, my little canary, and against the wall my mother’s beautiful and cherished glass-fronted book case.

These are fond memories and I wish I had more because I cannot remember much else except perhaps my parents’ bedroom in French style with elegant carvingson bed and furniture. And the radio – a Blaupunkt – which my father bought me. It had a dial that connected me with different countries and I felt very proud and grown up. But thinking back, I also had a gramophone that had to be wound up and I remember my favourite record...o Donna Clara, ich hab dich tanzen gesehen, o Donna Clara es war wunderschoen. (o Donna Clara, I saw you dance, o Donna Clara it was wonderful.) Strangely, there is no clear picture of my own room, or even the kitchen into which we were pushed when the Nazis came into our flat on Kristallnacht. 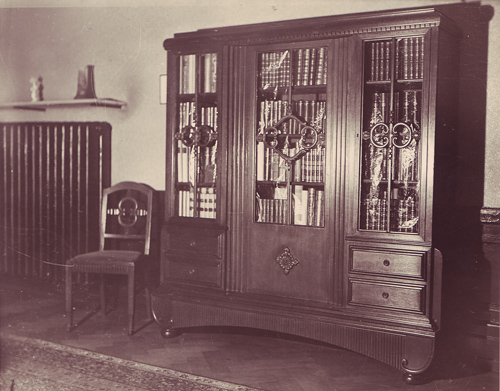 The glass-fronted bookcase in Scheffelstrasse 11.

With this in mind, I decided to take pictures of our home in West Hill so that in days to come, it will remind my children and grandchildren. There are also objects and mementoes which became meaningful over the years. 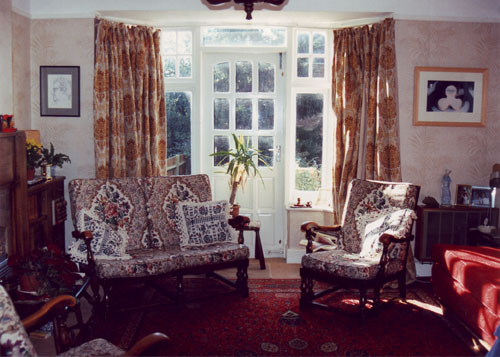 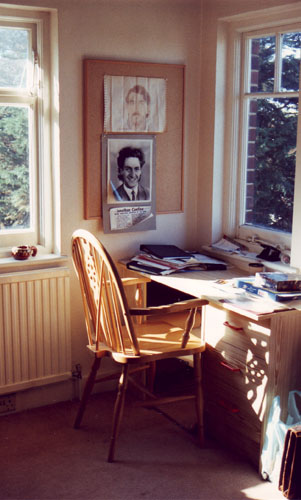 In 1936, my father was forced by the Nazis to sell his house in Frankfurt/Sachsenhhausen much below its value. Some years after the war, the German government tried to make amends under pressure and began to pay compensation to Jewish refugees for loss of property, loss of income and education, also for deportation and loss of life. Lawyers became busy to make claims for their clients and in due course, after much hassle, I received money in compensation.

It arrived at the right time. We had come back from Israel after 4 years on account of Moshe. Nick had found a furnished flat in the Avenue in Wembley Park and there we settled with Rachel, Moshe and Ruth. Moshe needed help and I was at my wit’s end not knowing what to do. At long last, we were given a diagnosis of his condition – autism. It was an exhausting time looking after him and the others, but help came at last when a completely new and experimental residential unit was opened for young autistic children. There was hope that he could be cured but we had to come to terms with realisation that his autism was for life.

With the money from Germany, we found a house to buy where I still live after 50 years.