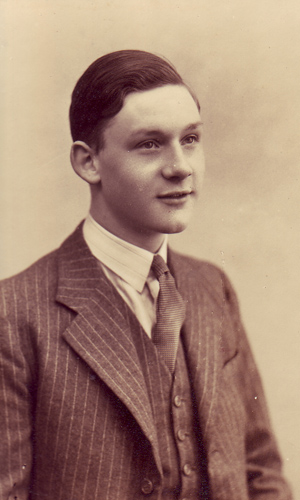 I first met Hugh at a Christmas party at school in Bettws-y-Coed. He had finished Public School and was living with his aunt Nancy in Capel Curig. His father and mother were dead and Nancy had a cottage on the hillside, quite isolated, where she looked after her mother who needed care. Nancy painted. She was attractive, small dark haired and vivacious. It was an ideal place for Hugh who loved nature and the wildness and loneliness of the Welsh hills and marshes. There was an immediate bond between us.

Miss Burton, our Headmistress, flatly refused his request to visit me. That is, until Nancy came to the school and told Miss Burton she was wrong to forbid this, and the obvious outcome would be that we would find ways of seeing each other. In Miss Burton’s eyes I was destined to transgress.

Seeing Hugh at school was not ideal with so many girls around. This is why Dr. Bowen’s weekly treatment of my back was ideal for us to meet. A friend of Nancy’s, and quite amused at the subterfuge, he told Miss Burton that I needed rest at the surgery after the exertion. And so the friendship grew. We wrote to each other and I found my unaccompanied visits to the Police Station ideal for posting letters. 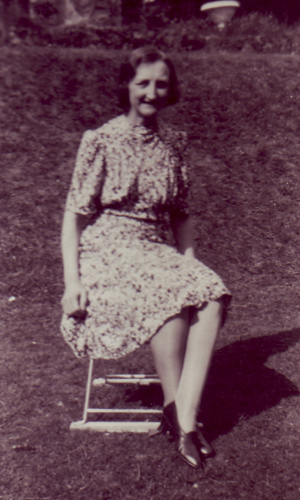 I spent my school holidays with a few of the girls at school since I had nowhere to go. Hugh would fetch me – he had a car, and take me to Capel Curig. We went into the hills he knew so well and showed me lakes and marsh and wildlife. Maybe, in later life, he would equal Peter Scott, whose drawing, paintings and writings are so vivid. Hugh could capture mood and wonder in his evocative poetry. This is an example:

Dawn on the Marsh

The grey sea tolls like a far ship’s bell
From here to the coasts of Mourne
The widgeon pitch on the oily swell
From their flight before the dawn.

The marsh is dark with silver streaks
Where the long pools shiver in the gloaming
The darting, quivering redshank shrieks
At the lonely marsh owl roaming.

Hugh would also touch up my attempts at poetry.

The wind caresses the slim-trunked trees
They bend its will in the autumn breeze
Dipped in its golden hue they sway
Blinking, as if touched by some far off ray.

From time to time I received stunning descriptions. There was immediacy in Hugh’s prose and sadness, too.

‘There is a glorious moon now and Siabod looks marvellous in the moonlight as it is covered with snow. It makes me feel I am in another world, a world where there are no wars, only peace and quietness, a world that will come when Nazism is stamped out. May I be there to see it; yet sometimes I have an odd feeling I shan’t be...’

When I decided to leave Edenthorpe and stay with Hazel and John in Hadley Wood, Hugh came to visit me. By that time he had joined the Royal Air Force. He wanted us to become engaged but I felt far too young. He was sent to Canada and wrote frequently and beautifully. When he came back, life changed us.